Cycling in Holland with Derek & Wendy 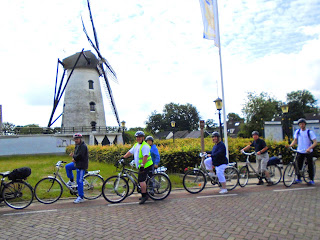 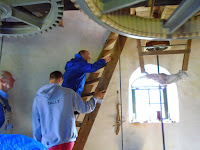 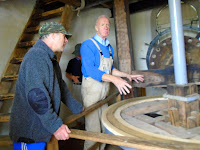 We went to visit our local windmill. It was open day and we were given a tour of the mill and got to see all of the working parts. We also were given the opportunity to turn the sails. It was fascinating! 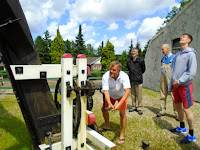 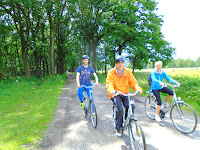 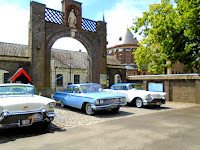 We cycled through the beautiful forest and country lanes on the safe cycle paths. We visited Achelse Kluis where we had lunch at the monastery and whilst we were there we viewed the art gallery and also we viewed the vintage American that were on display. We then cycled back to the park where we stopped off for another drink as we watched the water skiing. 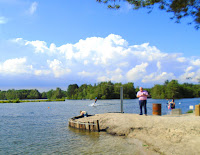 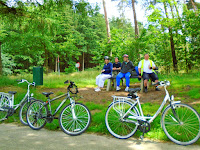 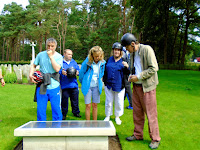 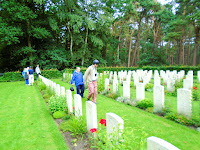 We rode towards Borkel and stopped off at the Valkenswaard war cemetery. In the cemetery there was only British soldiers and one British airman that helped liberate the Dutch & the Belgiums from the Germans in the 2nd World War. It was a very moving and peaceful moment! 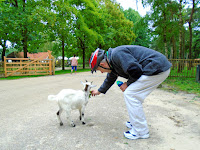 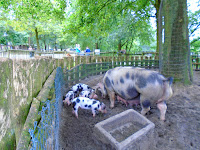 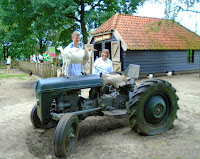 In the ground of the parc we went to say hello to the local residents. We had a great time petting the friendly little goat. 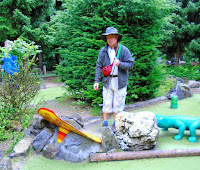 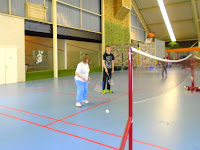 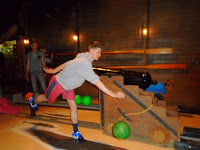 In Center Parcs we enjoyed a few activities. We especially liked adventure golf where we all had great fun dodging the obstacles on the course. We also took part in a friendly Tenpin bowling competition and at the sports hall we tried our skills at badminton.

We all agreed it has been a super fantastic week! 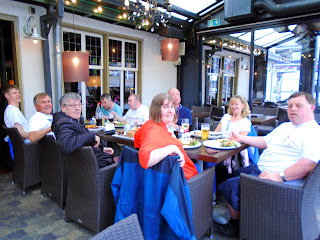