Manchester United Tour! The stadium itself was huge! We were shown to the Museum first where we were amazed at the amount of memorabilia, trophies, football shirts and general information about the club. Some of the facts about the footballers were very interesting. We saw the enormous pitch, the stands for the VIPs, the dressing rooms and the area the TV crew stay. We sat in the players seats which gave us a great view of the pitch.

Our second tour was Liverpool Stadium. We started by visiting the museum which was stocked with memorabilia. It was amazing how many famous footballers played for Liverpool, like Kevin Keegan, Kenny Dalgleish, Barnes, Gerrard and many more. We had a fabulous tour where we also pretended to be interviewed by the press and had an incredible high view of the grounds which hold 50/60 thousand people.

The third of our stadium tours was Manchester City. It was very impressive as they have spent millions refurbishing the stadium. The actual stands held 55,000 fans but they will be extending the grounds soon to accommodate about 64,000.  Another great experience.

The farm on site was really interactive and we were amazed at the amount of animals we saw.  A few of our favourites were the pigs, pelicans and snakes. 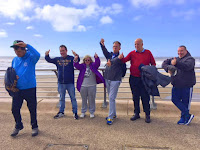 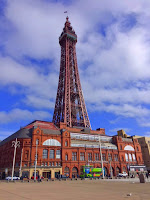 A trip to the seaside wouldn't be the same without Fish and Chips along the sea front. We then made our way towards the famous Blackpool Tower where we stopped for pictures. 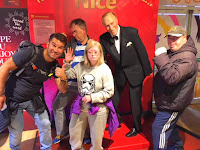 We visited the Madam Tussaud's Wax Museum where we saw some amazing wax work models of very famous people including Ant and Dec, The Two Ronnie's, The Royal Family, Tommy Cooper, The Beatles and many many more. We had a great time with our favourite celebrities.

At the famous Blackpool Tower Circus we had an amazing time and the acts were spectacular. The Endresz Family started the Circus over 27 years ago and they delivered daring stunts and mesmerising performances.  We saw so many tricks and acrobats and we all came away with huge smiles on our faces!